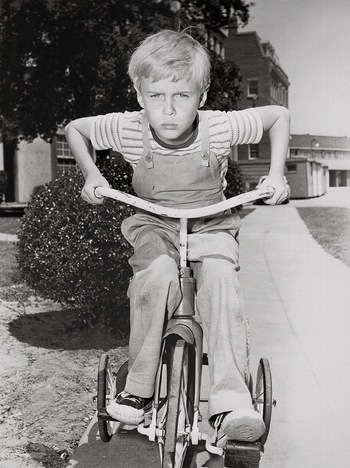 A 1959–63 CBS sitcom, based on Hank Ketcham's comic strip of the same name. The cast includes Jay North as Dennis Mitchell; Herbert Anderson as his father, Henry; Gloria Henry as his mother, Alice; Joseph Kearns as George Wilson, Sylvia Field as Martha Wilson, and Gale Gordon as John Wilson.