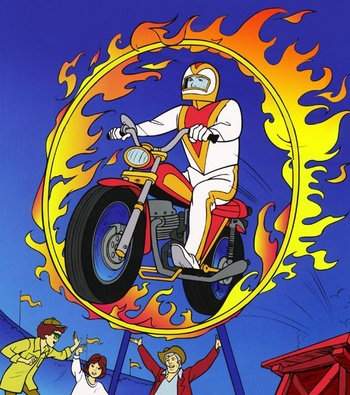 Devlin was a 1974 Hanna-Barbera cartoon about Ernie Devlin, an Evel Knievel-inspired stunt motorcyclist who travels with a circus. He is accompanied by his younger siblings, Tod (his mechanic and stunt choreographer) and Sandy (his assistant). Devlin was one of Hanna-Barbera's few dramatic ventures and ran for a total of 16 episodes.