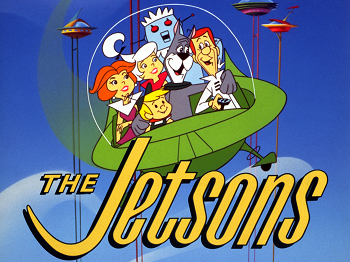 Meet George Jetson, his boy Elroy, daughter Judy, and Jane, his wife. (And a few others.)
Advertisement:

Works named after the family of protagonists. A form of Character Title. See also Team Title.

In music, this is obviously common for a Band of Relatives, but also used for bands that aren't really related.