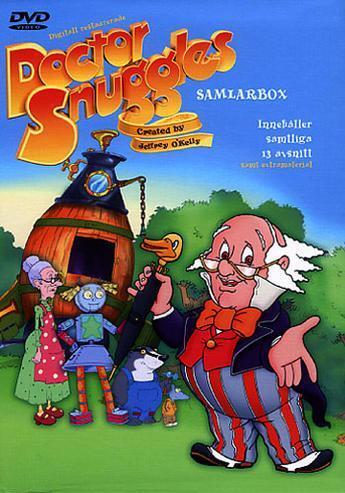 Doctor Snuggles (1979) is an animated television series created by Jeffrey O'Kelly and animated by Topcraft* Episodes 1-6 and 8, plus intro and outro animations and De Patie Freleng Enterprises* Episodes 7 and 9-13 about a friendly and optimistic inventor named Doctor Snuggles, who has unusual adventures with his friends in a psychedelic world.

Douglas Adams and John Lloyd contributed to the writing of two environmentally-themed episodes. The English-language version of the series featured Peter Ustinov in the title role.