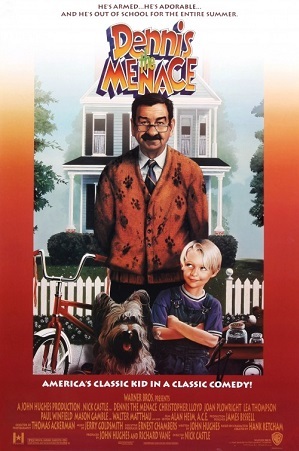 In 1993, Dennis the Menace was made into a live-action film written and co-produced by John Hughes, directed by Nick Castle, and released by Warner Bros.. The cast includes Walter Matthau, Lea Thompson, Christopher Lloyd, Joan Plowright, and Mason Gamble as Dennis Mitchell.