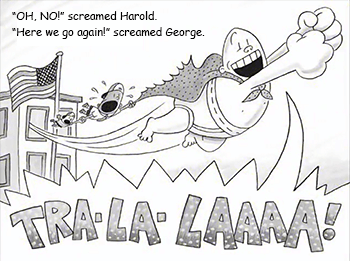 A story or show that employs an infinite-loop motif, ending in the very way it was put into motion. The circumstances need not be exact.

The idea is that the events that led to the story are going to lead to a very similar story. If the story ends up back in the same place but the situation has changed, that's Where It All Began. If the story starts and ends with similar scenes for dramatic irony or resolution, then that's Bookends.

Differs from Oh, No... Not Again!, which refers to a repeating event in the middle of a story.

A form of Status Quo Is God. See also Yo Yo Plot Point, for individual plot points or concepts, rather than whole episodes, arcs, seasons, or series. If the next iteration of the story happens to the next generation we have Generation Xerox.

Compare with And the Adventure Continues, The End... Or Is It?, and Eternal Recurrence, which does this to the entire 'verse. Opposite of We Are Not Going Through That Again, where the hero refuses to set off on another adventure. Can inspire an "Oh, No... Not Again!" from an exasperated character. If a particularly negative Here We Go Again moment is subverted, that's a type of Shock-and-Switch Ending.

Not to be confused with the Ray Charles song; or a "Groundhog Day" Loop, where time itself is repeating as a plot device within the story.

Just as Roary has his learner plates taken off, Maxi has to put them on!

Just as Roary has his learner plates taken off, Maxi has to put them on!