Theatre / A Gentleman's Guide to Love and Murder 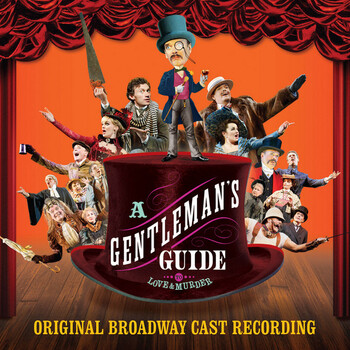 Why are all the D'Ysquiths dying?
Advertisement:

A musical based on the book Israel Rank: The Autobiography of a Criminal (which previously inspired the film Kind Hearts and Coronets). The show opened on Broadway in 2013 and went on to win several prizes at the 2014 Tony Awards, including Best Musical.

Monty Navarro, the young Earl of Highhurst, is writing his memoirs while awaiting his death sentence. Monty was not always well off; in fact he spent most of his life in poverty. However, upon the death of his mother he discovers that she was part of the wealthy and powerful D'Ysquith family, led by Lord Adalbert D'Ysquith, but that she had been disinherited after eloping with his father. When his newly discovered relatives refuse to help or acknowledge him, the family's rejection of him and his mother inspires Monty to murder the eight people standing between him and the Earldom:

The musical includes examples of:

I am standing here with poison in my pocket...