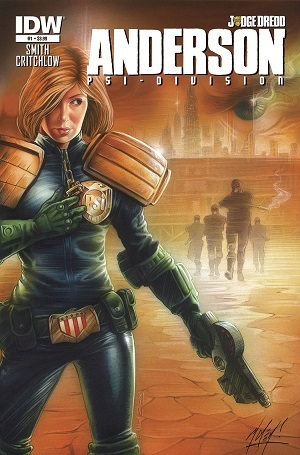 Like its parent series, there are several continuities. This page mostly covers the 2000 AD one, not the IDW run.