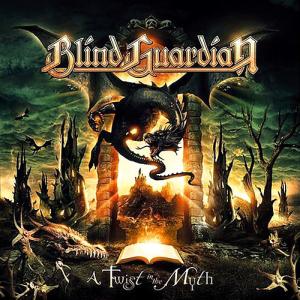 When geeks rock hard.
"Mine's a tale that can't be told, my freedom I hold dear
How years ago, in days of old, when magic filled the air
T'was in the darkest depths of Mordor, I met a girl so fair
But Gollum, and the Evil One, crept up and slipped away with her"
— Led Zeppelin, "Ramble On"

So you're a big fan of fantasy. You've read all of J. R. R. Tolkien's works and you play Dungeons & Dragons on a regular basis. However, you also want to be a musician but find Filk and other such genres way too mellow for you. So, what does one do? Join the exciting field of fantasy-based Heavy Metal! Yes, metal is not just about Satan. Sometimes it's about Sauron.

Your band can put out a couple songs with lyrics all about ancient prophecies and epic quests, and everyone will be too busy rocking to your awesome guitar solos and killer drumbeats to care.

Power Metal is probably the most common genre for this type, but there are others, like Viking Metal, Gothic Metal, Folk Metal, Black Metal and Symphonic Metal (which is why you can be skilled in instruments other than the typical rock ones). However, not all power metal bands fall under this trope (especially many American power metal bands) as the subgenre is also known for its similarities to speed metal and the New Wave of British Heavy Metal.

In the late 60s and early 70s, at the birth of heavy metal, fantasy-themed lyrics were not uncommon for rock bands like Led Zeppelin, Jethro Tull, Black Sabbath and Uriah Heep. During this era, fantasy-themed songs generally tended to be folksy or psychedelic in their sound, due to the hippie generation's fascination with Tolkien. In the mid-to-late 70s, Rainbow, fronted by Ronnie James Dio, ran under a consistent fantasy aesthetic while playing some of the heaviest rock of its day, thus serving as a Trope Codifier for fantasy metal in particular.

Some Christian Rock falls into this.

Named after the fictional metal Mithril from J. R. R. Tolkien's Middle-earth.note Yes, we know incredible lightness is one of the salient features of Mithril.

Nerdcore and Comics Rule Everything Around Me are the Rap counterparts. See also Elvish Presley.

Compare and contrast Cyber Punk Is Techno for the music common for science fiction and Nature Metal for metal associated with nature-themes.

"Wishmaster" is inspired by events in the Dragonlance setting for Dungeons & Dragons. The song uses so many fantasy terms in its lyrics that between that and then-lead vocalist Tarja Turunen's accent, it holds the record for "Most-Often-Misunderstood Nightwish Song Ever". From the "End of an Era" DVD, filmed at Helsinki's Hartwall Arena in 2005.

"Wishmaster" is inspired by events in the Dragonlance setting for Dungeons & Dragons. The song uses so many fantasy terms in its lyrics that between that and then-lead vocalist Tarja Turunen's accent, it holds the record for "Most-Often-Misunderstood Nightwish Song Ever". From the "End of an Era" DVD, filmed at Helsinki's Hartwall Arena in 2005.