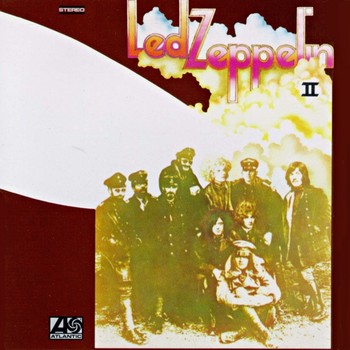 "And if you say to me tomorrow, oh what fun it all would be/Then what's to stop us, pretty baby, but what is and what should never be..."
Advertisement:

Led Zeppelin II is the second studio album by Led Zeppelin, released in 1969. It is one of their best-selling, heaviest and most influential records. It's famous for the hit songs "Whole Lotta Love", "Heartbreaker" and "Ramble On".

"Leaves are falling all around, It's time I was on my way
Thanks to you, I'm much obliged for such a pleasant stay..."'