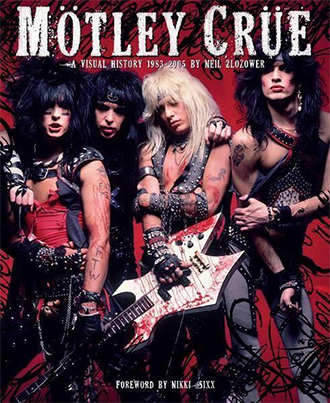 Üsed very frequently in parödies, where band names can even have Um̈lauẗs over con̈son̈an̈ẗs; in fact it's well on its way to Discredited Tropedom if it's not there already.

It must be nöted that this tröpe is about the gratuitoüs usage of umlauts, not "any usage of umlauts". Some artists from countries where umlauts are used in the local language have a genuine ümlaut in their band or personal names. Einstürzende Neubauten and Björk are therefore not examples of this trope.

Incidentally, the only letters in German that include umlauts are ä, ö and ü. They are pronounced, respectively, as: the e in bed (like a combination of a & e); a French "eu", which happens occasionally in English such as the i in sir (o + e); and a French u, made by forming the letter o with your lips, and voicing "eeeee" (u + e). The bands should therefore be pronounced "Mo-tuhrr-head" and "Blue Uhy-ster cult". (If you have a non-rhotic accent, the first two sounds are changed to "air" and "ur".) Ironically, the idea that a heavy rock band could make itself look hard and tough by adding umlauts is one that provokes amusement among many native German speakers, who apparently associate the letter "ö" with "cute", "sweet", "cuddly"... Not to mention, "ü" definitely resembles a smile.

In common Metal parlance, however, gratuitous umlauts are not pronounced, but this hasn't stopped fans of Queensrÿche asking about the Ÿ.

Not to be confused with other uses of diaereses (also called trema), in which diacritic marks identical to umlauts can appear in some English words. A diaeresis was traditionally used in vowel pairings where the second vowel is pronounced in a separate syllable, hence they are found in archaic spellings of words such as coöperate, preëmptive or Zodiäc. This usage is largely obsolete, though it is still part of the house style of The New Yorker magazine and MIT Technology Review, but survives in words like naïve which are borrowed from languages which do use diaereses to varying degrees. In modern English, umlaut is used in one special case, over "e" at the end of the word, where it denotes a pronounced "e" instead of silent "e", such as the Brontë siblings.

Gratuitous umlauts usually cause unnecessary embarrassment amongst native speakers of those languages whose orthography does use umlauts. An umlaut usually denotes the vowel is pronounced as frontal. Ä denotes a frontal a, like "cat", while A without umlauts is the back vowel, like "car". Likewise, Ö denotes a frontal o phoneme [usually denoted in English as ir or ur ], not unlike "sir", while O without umlaut is back vowel O, like "dog". Languages which use umlaut vowel shift are German, Swedish, Finnish, Skolt Sami, Karelian, Estonian, Hungarian (which also has long umlauts), Luxembourgish, French, North Frisian, Saterlandic, Emiliano-Romagnolo, Rotuman, Slovak, Azerbaijani, Turkish, Tatar, and Turkmen. A lesser example is Spanish, where they have only "Ü"note Which is more used to indicate that the "u" has two functions in a word, namely to sound like the "w" in "weigh" and to make a preceding g hard (like the g in "goat" rather than the J in "Juan"). An example is pingüino (penguin). (Portuguese used to have it too before language reforms). Often Ä and Ö are treated as completely separate letters from A and O, appearing at the end of the alphabet beyond Z.

Subtrope of Myspeld Rökband. See also Xtreme Kool Letterz and Punctuation Shaker. Using accented letters to indicate characters speaking another language is a form of Painting the Medium, instead.