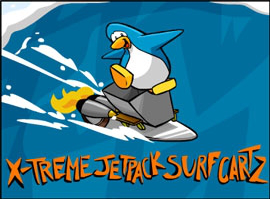 "Cartz"?! You can't be xerioux...
"Reactions resulted in the product being coined 'Krazy Glue'; a product so crazy that it requires intentional misspelling."
— Cracked, "5 Accidental Inventions That Changed the World"

Whether this actually works on the youth crowd is debatable; this is a pop-culture phenomenon that comes and goes like many other fads, sometimes losing its appeal almost immediately out of the gate.

Although, when it is used, it is often Played for Laughs to point out marketing groups that fail to understand an audience or, more often, weak attempts to seem hip to the younger generation.

The most common substitutionz are:

Interestingly, this trope tends to favor letters constructed primarily from hard straight lines and sharp angles — "X," "K," "Z," so on. These letters are also worth many points in English-language Scrabble, though examples of this trope would probably not be considered legal words.

This can also extend to acronyms/abbreviations/initializations to make them more memorable, even if the chosen letter isn't, technically, the one in the original word. "X-Tensible Markup Language," for example, is easier to remember by its initialization of "XML" than "EML."

"Leet speak" (or "1337") can be considered this trope played to extremes, where almost every normal letter is replaced by some form of "extreme" counterpart, which to those unfamiliar with the meme can vary anywhere from "slightly different" to "utterly unreadable," depending on how "hardcore" the user wishes to appear; it's believed that leet originated from the crackingnote "Hacker" is a case of You Keep Using That Word community, which may explain why it's never spread beyond circles of computer geeks, online gamers, and Homestucks.

"Text speak," originating in IM and a popular shorthand for use with mobile phones, is similar to "1337," though the hardcore consider it a different language.

One possible justification for Xtreme Kool Letterz in Real Life is that, at least in the United States, product names that are generic or that are descriptive without acquired secondary meaning cannot be trademarked as-is, but deliberate misspellings can.

The overall trope is Older Than Television, and possibly Older Than Radio, with deliberate misspellings being used for humor at least since the Victorian era. (And back then, of course, semiliteracy was such a problem that many otherwise articulate people unintentionally misspelled words, making this trope not only comical but also satirical.) In academic study of English, this is known as "sensational spelling."

Xtreme Kool Letterz shows up around this wiki as well, with titles such as Friends of Really Kool Sobriquet, and yes, this article.

See also A Villain Named "Z__rg", My Nayme Is, Names to Run Away from Really Fast (K ones are its own kind), Totally Radical (one result of marketers trying this), and more of the Naming Conventions index.