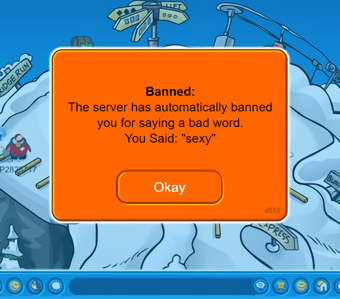 Video Game Perversity Potential spreads quite frequently. If your players have the right to customize something, and said something will be displayed online for everyone to see, Trolls will inevitably make it look like a penis or swastika and name it with whatever garden-variety swear or slur you can think of without fear of it coming back to bite them.

So as you can guess, countless game developers have developed ways to end this and keep their servers clean, typically this trope comes in the form of a name censor, preventing the player from naming characters and objects naughty things. However, some players will still try to circumvent this, such as altering profanity.