Music / Adam and the Ants 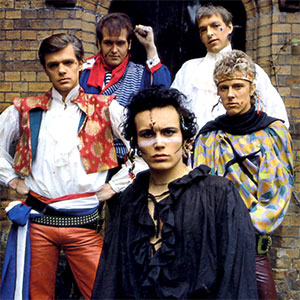 Adam and the Ants were a British rock band that had two incarnations, both fronted by Adam Ant. The first ran from 1977-1980 and featured:

Tropes that apply to the band and their career as a whole (Note: See the individual album pages for their specific tropes)