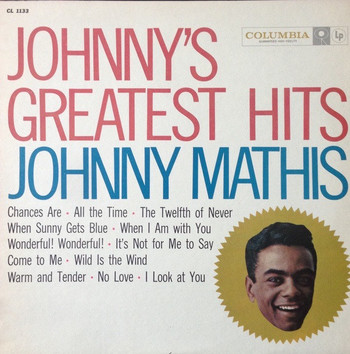 Not all of them are this blatant about it.
"Greatest hits albums are for housewives and little girls."
— The Kids in the Hall
Advertisement:

A specific type of Compilation Album (also known as a "Best of" Album), containing successful, previously released songs by a particular music artist or band. It's generally a great way for a band to make a bunch of money without doing any actual new work. It is also a great way for a record label to get a new album from a band who is trying to escape the label ASAP.

To increase the possible appeal of the album, especially to people who already own the bulk of the artist's work (and thus likely to both be the biggest fans and already own all the hits), it is common to include remixes, alternate takes, live versions of popular songs, stand-alone singles that had not appeared on an album before (or, in the case of movie theme songs, only on a soundtrack album), and/or even a completely new song or two (which will, inevitably, be released as a single in order to promote the collection, and may or may not become a hit in its own right). Of course, all this is likely to piss off the completists, who might find themselves being forced to pay full album price for a single song (though the rise of digital music distribution has mollified this problem to a certain extent). Greatest Hits Albums are good purchases for casual fans of artists that they otherwise have no urge to buy complete albums of.

The very concept of the Greatest Hits Album is a double-edged sword, however; while such an album is likely to contain the most commercially successful of the artist's songs, it's pretty much a given that there will be at least a few critic- and/or fan-favorite B-sides and Album Filler tracks that won't appear on the disc (and thus greater resentment against the Black Sheep Hit that will inevitably be included). In hoping to appeal to the greatest number of fans, the album will end up completely pleasing no one. And at the other end of the spectrum, most bands and artists suffering from Second Album Syndrome don't have enough hits in the can to truly justify an entire album thereof, and it may seem like they're scraping the bottom of the barrel as to what may qualify as a "hit".

Artists are of mixed feelings about these albums as well. Many artists resist releasing one for fear that once they do, their regular albums will begin to be ignored. (Joni Mitchell refused to release compilation albums for many years for this very reason.) Yet they are viewed as a necessary evil, as these provide an easy starting point for new fans who are curious about a particular artist's work but can't afford to buy the artist's entire recorded output (which, in some cases, can be extensive). Popular music was mainly single-oriented until after the mid-1960s, and non-album singles were still common in Britain for longer than they were in the U.S. through the 1980s, with many of these singles only getting a stateside release on compilations. Musicians and bands don't always get to decide when to release a Greatest Hits Album. A label that acquires another artist's back catalog will often issue a new compilation to drum up sales, or to kick off a reissue/remastering campaign. If an artist is leaving the label and does not own his own back catalog, and if he is successful at all, the label will release a Greatest Hits Album — sometimes explicitly against the artist's wishes.

Sometimes the "Best of" title is used instead. This often reflects a less concentrated focus on chart hits — sometimes for legitimate reasons (e.g., album-oriented artists, influential artists with less commercial success or simply those whose career may not be best reflected solely by singles). Or it could be a poor excuse to cover up a lack of genuine hits. Sometimes neither title is used (e.g. Dire Straits' compilation Money for Nothing). To add perceived weight a more scholarly phrase such as "Anthology" is often used. This can be justified where the artist has had a long career but is equally often just a pretentious affectation.

If the artist's output has been released on more than one record label, any "Best Of..." LP will invariably only contain the best of whatever the artiste has recorded on that particular label, unless they managed to license tracks from another label. Therefore any truly definitive "Best Of..." LP is unlikely to appear, for copyright and royalties reasons, unless the artist's full backlog manages to move under a single party's control (whether it be their current label or themselves).

As suggested by The Brunching Shuttlecocks, an easy way to determine the actual necessity of a Greatest Hits Album is to divide the number of songs on the album that actually charted, by the number of songs included on the album. Artists like The Beatles, Billy Joel, Madonna and The Beach Boys will bat nearly 1.000, whereas groups who have released Greatest Hits albums unneccesarily (i.e., One Hit Wonders) will score far lower (e.g,: Kajagoogoo has hit ratio on its greatest hits album of 0.059, Timbuk 3 has 0.071, The Best of Tiffany scores 0.083, The Best of Martika 0.067 and so on.) The most egregious example may be The Best of Shaquille O'Neal, which has 12 songs, none of which could legitimately be considered a hit, for a ratio of zero.

Despite the rise of digital music distribution largely making compilation albums obsolete, the trend has gotten worse over time. It used to be a general rule that an artist would have around four albums and/or ten years worth of material before they would release a compilation but this is no longer the case. Now "best of" albums can be released after two or even a single album. There is also a trend towards releasing multiple best of albums, often with only a single original album in between releases. Some artists or record companies will even release a repackaged best of album as the follow up to the previous best of album without any original material being released in the interim. The "vinyl revival" of the 21st century has also revived the popularity of compilation albums, as they're among the best-selling vinyl albums and remain mainstays of Billboard's catalog chart.

The ordering of songs can be either random or chronological (though for double-disc compilations, it can get experimental).

A variation is a compilation of various artists by time period, genre, style or any combination of criteria. So you get albums with titles like Best Rock Ballads Ever, Biggest Hits of 2004, Best of the Sixties etc. Due to licensing issues, these can often omit iconic songs and/or artists. For example Sixties compilation albums don't include anything by The Beatles, The Rolling Stones or Elvis Presley (who was still popular in the 1960s despite his focus on film) for this reason making an album called Best of the Sixties a bit of letdown when it doesn't include anything by three of the decades biggest artists.

Legendary compilation albums full of greatest hits that have their own TV tropes page: