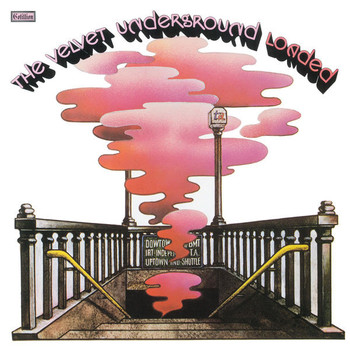 Loaded is the fourth studio album by The Velvet Underground, released in 1970. It is their last studio album with Lou Reed (who left the band shortly before release) and Sterling Morrison, as well as their first without Maureen Tucker (who was still very much an official member, but couldn't appear on this album due to her pregnancy). The band - ultimately ending up as Doug Yule and a bunch of session musicians would release one final studio album called Squeeze, which for better or worse is usually written out of the band's history. Even here though, Yule's presence had increased significantly, to the point where this album is considered to be a largely Reed and Yule album.

Much like its predecessor, The Velvet Underground from the previous year, "Loaded" is a Lighter and Softer collection of songs, which even managed to crack the hit parade - if you hear any of the Velvet Underground's songs on the radio, it's likely to be one of the first three from this album. Sadly, the band was already dissolving during recording, and the studio distilled an album out of the finished recordings. Lou Reed would later claim that the original versions of "Sweet Jane", "Rock and Roll" and "New Age" were corrupted, though Yule says this is incorrect. In any case, extended versions of these songs were later released on reissues of the album.