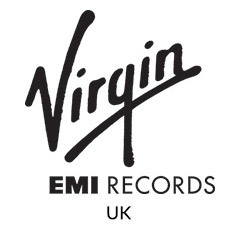 Virgin Records is a British record label with a long, colorful history and one of the most diverse catalogues in the music industry.

Virgin had humble origins; it was founded by counterculture entrepreneurs Richard Branson, Simon Draper, and Nik Powell in 1972, as an extension of a record store they already owned. Its first release, Mike Oldfield's Tubular Bells, was an album consisting of one track: an eerie, 48-minute instrumental (mostly) that hardly seemed like chart-topping material at first. However, when excerpts from the album were featured on the soundtrack of The Exorcist, it became a critically acclaimed smash. Virgin soon established itself as a home for adventurous Progressive Rock and Krautrock performers such as Tangerine Dream, Kevin Coyne, Hatfield and the North, Faust, Henry Cow, Slapp Happy and Gong. Virgin also operated a sister label, Caroline Records, for less commercial releases, similar to the relationship between Atlantic Records and Atco Records or Warner (Bros.) Records and Reprise Records.

Virgin changed its "hippie" image in 1977 by taking on the Sex Pistols, who had already burned their bridges at EMI and A&M. The Pistols and their spinoffs (most notably Public Image Ltd.) wound up staying with the label, and Virgin then signed many Post-Punk and New Wave Music acts such as XTC, Magazine, Devo, The Human League, Penetration, The Records, Fingerprintz, The Ruts, The Members, and The Motors. It also dabbled in Reggae, eventually devoting a subsidiary label called Front Line to Jamaican music.

During The '80s, the company began signing more pop-oriented acts such as Culture Club and Cutting Crew. By the beginning of The '90s, Virgin had transformed into a mainstream label, spending huge amounts of money to sign The Rolling Stones and Janet Jackson. Subsidiary labels were established in other countries, including the United States and Canada (previously, North American distribution of Virgin acts was negotiated with a variety of labels, as well as an American arm distributed by Atlantic Records). Two sublabels devoted to Classical Music, Virgin Classics and Virgin Veritas, began operations. In the midst of all this, Branson was able to further his Virgin brand into a successful international business whose assets have included Virgin Media Television, an airline, a winery, and a mobile phone company, among many other products and services.

In 1992, the label was purchased by Thorn EMI. Around the Turn of the Millennium, the company experimented with a Country Music division, Virgin Records Nashville; it didn't last long, and its roster was either transferred to Capitol Records or dropped. Capitol returned to the Virgin story in 2007, when the two labels merged to form the Capitol Music Group.

In 2013, after EMI's demise, ownership of Virgin Records passed to Universal Music Group, which merged it with Mercury Records' UK branch to form Virgin EMI Records, with a roster consisting primarily of British/European artists. On June 16, 2020, Virgin EMI Records was renamed EMI Records, reviving the EMI brand; Virgin itself returned to being an EMI imprint. In 2021, after Universal acquired Ingrooves and merged its indie distribution arm Fontana (which had been divested as part of Universal’s EMI acquisition) into Caroline Distribution (itself inherited from Virgin), Universal renamed Caroline as Virgin Music & Artist Services, keeping the Virgin name alive. Outside of this, Universal still keeps active Virgin branches in some countries, most notably Germany and Japan.

Virgin had a song publisher, which EMI sold to BMG Rights Management in 2013.

Artists whose songwriting credits were with Virgin Music Publishing