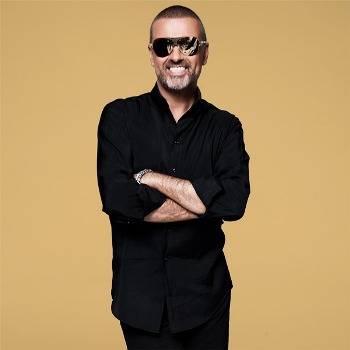 "I've achieved what every artist wants, which is that some of their work will outlive them."
"I still believe that music is one of the greatest gifts that God gave to man."
George Michael (born Georgios Kyriacos Panayiotou, 25 June 1963 - 25 December 2016) was an English singer-songwriter of Greek Cypriot and English descent.
Advertisement:

He started off as one half of the pop duo Wham!, along with Andrew Ridgeley, who was most successful during the 1980s. After the group broke up in 1986, he found further success as a solo star. Known for taking a long time to make albums (five albums in twenty sixyears), and media controversy due to his drug use and alleged solicitation of a police officer (which was actually a sting operation).

Micheal passed away on Christmas Day 2016 of suspected heart failure.

'Cause I gotta have tropes: