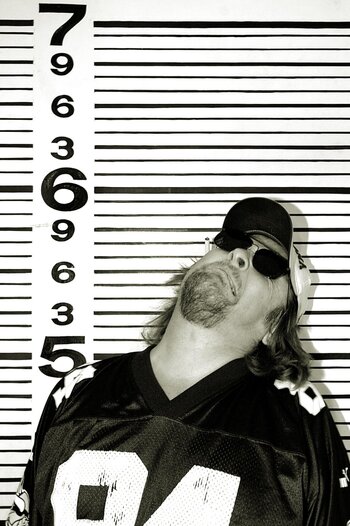 A fictional radio character created by Brent Douglas and Phil Stone for their morning radio show on KMOD-FM in Tulsa, Oklahoma. Douglas would assume the character by donning a mushy fake Southern accent, and call up someone (either a random businessman or, even in a few cases, a celebrity), usually claiming that they pay for some perceived wrong or receive an "ass whoopin'". Most of the victims were suggested to Brent and Phil by friends, who would often provide information to make the pranks more believeable. Near the end of each call, Roy would usually name-drop someone that the victim knew as a means of letting on that the call was a prank.

In addition to playing the calls on their radio show, Brent and Phil released 12 albums of Roy D. Mercer calls for Virgin Records and Capitol Records between 1997 and 2013. The first seven albums were titled How Big 'a Boy Are Ya? volumes 1-7, but they broke away from the theming with Roy D. Mercer Vs. Yankees in 2001, Roy D. Mercer Hits the Road in 2003, Get Well Soon in 2004, Black & Blue in 2006, and Red, White & Bruised in 2013, along with eight random compilations. Their radio show ended on October 12, 2012, one month before Phil died of heart disease.