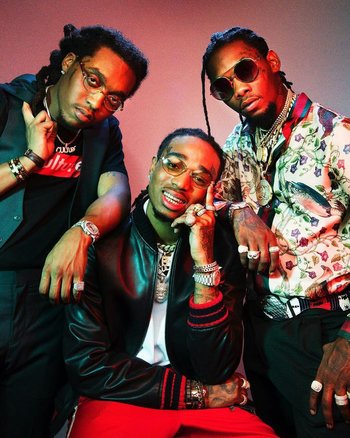 From left to right: Takeoff, Quavo, and Offset
Influences: GucciMane, Future, Three 6 Mafia
Migos is a Trap Music trio originating from Atlanta, Georgia. The group’s members are Quavo, Offset, and Takeoff. They blew up in 2013 off of the success of their hit single, “Versace”. They continue to release music together and separately to this day.