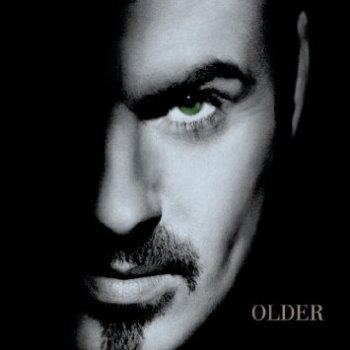 Older is the third solo studio album by George Michael, which was released in 1996, distributed by Virgin Records in Europe and DreamWorks Records in the United States.

A largely serious, sombre affair tinged with melancholic and sometimes jazzy notes, recorded in the wake of Michael's legal battle with his record company Sony and the death from AIDS of his lover Anselmo Feleppa, Older was released after a six-year wait and received relatively lukewarmly in North America. However it was a huge European commercial success and became the first — and still only — record in British chart history to contain six Top 3 singles: "Jesus To A Child" (#1), "Fastlove" (#1), "Spinning The Wheel" (#2), the double A-side "Older"/"I Can't Make You Love Me"note (the latter a non-album track) (#3), a remixed "Star People '97" (#2) and "You Have Been Loved" (#2). This long string, released over 20 months, helped it become his longest-charting (over 100 weeks) and highest-selling (6x platinum) studio album there.