Face on the Cover 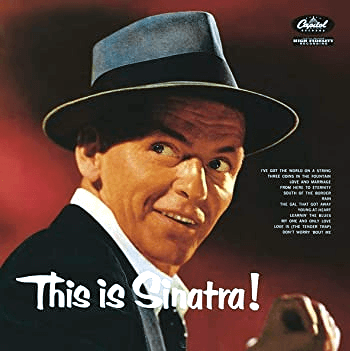 Have we emphasized enough what we're selling here?
Greta Garbo and Monroe
Dietrich and Joe DiMaggio
Marlon Brando, Jimmy Dean
On the cover of a magazine.
—- Madonna, "Vogue" from the album I'm Breathless
Advertisement:

Exactly What It Says on the Tin. One of the oldest tricks in advertising is using the face of a celebrity to sell your product. Films, cartoons, comic books, video games and TV series will put the main actors or characters on the posters, ads or DVD covers. Novels and non-fiction books will use the author or a main character. Music albums will just show a photograph of the band or the lead singer, especially after the transition from large LP covers to smaller cassettes, CDs, and digital music at the same popular music became more personality-driven.

It's the easiest and most uninspiring way to sell your product. Doing something artistic, like making a Design Student's Orgasm cover where the actual creators or cast may not be seen at all, may be more clever and intriguing, but also confusing to the potential audience. Why show just a picture of a location, an abstract color or motive or something unrelated to the lyrics or music if these things will just confuse potential clients? Just put the face of the creator or main cast on the cover and people will immediately identify it as their latest installment. It's Show, Don't Tell in its most blatant form.

The face will often be a close-up, but can also be full frontal. If the creator or cast member is identifiable by silhouette you may show him on the back. Usually he, she or them will be shown prominently on the foreground so that other elements (other people, animals, buildings, nature,...) will not distract. When its just a floating head it's Floating Head Syndrome.

This is rarely used for animation and video games as the characters are entirely fictional and probably not recognizable to anyone that doesn't know the franchise already. There are exceptions when the character is absurdly popular and well known or has a famous actor and is heavily based on them.

Compare with Face of the Band (when one person of a group is featured more prominently than the others) and Wolverine Publicity (when one person is always put on the cover, despite hardly being in the work half of the time). Contrast Anonymous Band.