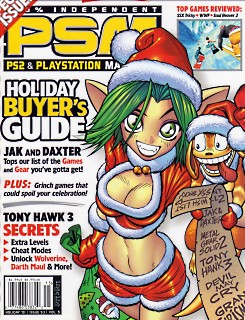 And she never dresses like that in the actual games.
Advertisement:

When a magazine is known for content unrelated to sex appeal, then the occasional cover with one is not a case of Covers Always Lie, but Fanservice. Most readers know the content will be mostly the same, and it's (usually) more of a thank you to the readers than a ploy for more sales (which is usually Magazine Decay).

Key points of this trope:

A Sub-Trope of Sexy Packaging.