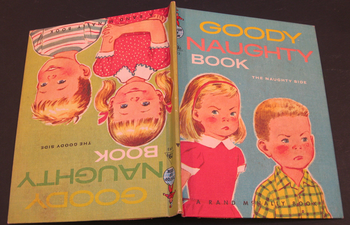 A book with two different stories — you read one side, then flip the book over and read the other one. The technical name for this type of book is tête-bêche; it is sometimes improperly called dos-à-dos, which properly refers to an even stranger book style that has two spines.