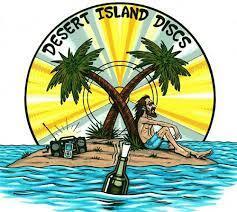 Our castaway this week is...

Extremely long-running British radio interview show broadcast on BBC Radio 4. A notable person (often a writer, scientist or someone else who doesn't usually appear on TV or radio) is interviewed about their life and work, and asked to imagine that they are to be cast away on a desert island with a record player and eight songs of their choice, excerpts from which are played.

The "castaway" is also asked to select a book of their choice to take with them to the island, with The Bible (or a similar alternative such as The Talmud or The Quran) and the complete works of William Shakespeare already provided, as well as one luxury item which must be inanimate and not allow the castaway to either escape the island or receive communication from the outside (a piano being the most requested, often by guests who want to learn to play the instrument).

The show's current host is Lauren Laverne, who was initially drafted in as a Temporary Substitute in September 2018 due to then-incumbent Kirsty Young's ill health, but Young opted not to return after recovering and Laverne has since been made the permanent host. Previous presenters include Roy Plomley, who originally devised the show and hosted it from its first edition in 1942 up until 1985; Michael Parkinson, who stayed until 1988; and Sue Lawley, who was replaced by Young in 2006.

All the surviving episodes are available on the BBC website, going back to the 1960s (most episodes before then are missing), making it a prime candidate for Archive Binge and/or Panic.