Screw the Rules, I Have Connections! 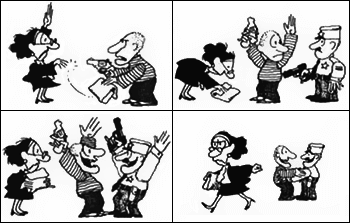 Friends are important.
"With daddy as the Pope, I could do as I pleased, was ace!
I'd kill a man who'd dare to, like, invade my personal space."
— Cesare Borgia, Horrible Histories ("The Borgia Family")

A character is able to Screw the Rules, simply because their friends or family are very influential, powerful or wealthy people. Can be Truth in Television, especially with The Mafia and similar criminal organizations.

A favored technique of the son of the villain.

Often phrased as: "Do you know who my dad is?" or "You Have No Idea Who You're Dealing With!"