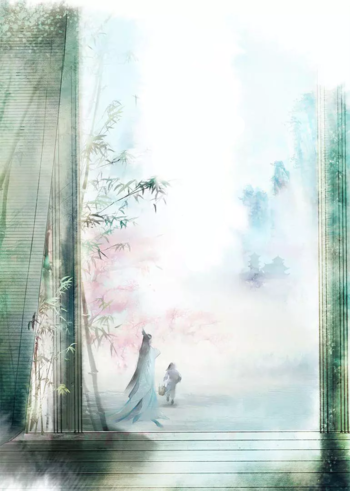 Half-demon Luo Binghe rose from humble beginnings and a tortured past to become unrivaled in strength and beauty. With his dominion over both the Human and Demon Realms and his hundreds-strong harem, he is truly the most powerful protagonist… in a trashy webnovel series!
— Seven Seas Entertainment Summary
Advertisement:

The story goes like this: after his death, Shen Yuan finds himself in the world of a stallion novel that he likened to trash shortly before he died. As per the genre, one would expect him to reincarnate as the protagonist, right?

Wrong. Instead, he transmigrated into the body of Shen Qingqiu, the titular "scum villain" who, in the novel's canon, eventually gets killed by the actual protagonist Luo Binghe for being a Sadist Teacher. Determined to avoid the same fate, Shen Yuan uses his knowledge of the novel's plot and tropes to endear himself to the characters (especially to the protagonist), which would ensure that he keeps his life.

Unfortunately for him, he's accompanied by a video game-like "system" that monitors and grades his actions, keeping him from taking too many liberties with how his character acts and how the story progresses. And if he ignores its warnings, the consequences will be deadly. Thus his foray into the world of cultivation begins...

The novel is 81 chapters long, with several chapters that take place either before or after the main story. It's been translated in various languages, with an English translation by Seven Seas Entertainment that began in December 2021 and runs over four volumes.

It received a donghua adaptation called "Scumbag System" (Chinese: 穿书自救指南 Chuan Shu Zi Jiu Zhi Nan, translates to "Using the Self-Saving Guide Book"), with Season 1 airing from September 2020 to November 2020. Season 2 is confirmed for release around early 2022. A manhua adaptation also began in August 2019, but has been taken down after three chapters for undisclosed reasons.

Note: Names, terminology and quotes are based on the official English novel translation by Seven Seas Entertainment whenever possible.