Literature / Sea of the Patchwork Cats 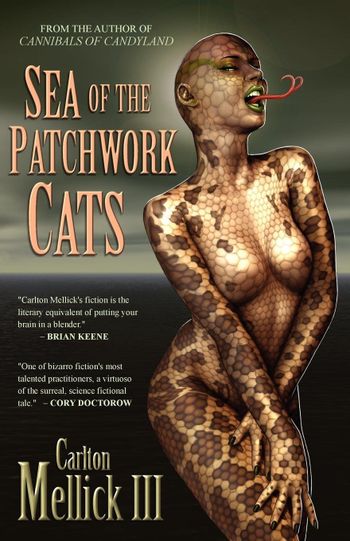 Sea Of the Patchwork Cats
Everyone in the world committed suicide at the same time . . .

Thus begins the surreal tale of an old man living alone in an empty world after everyone else on Earth killed themselves for no particular reason at all. In search for other survivors, he drifts in a floating house out to sea until he comes to a mysterious structure in the middle of the ocean. It is a building shaped like two giant nude women conjoined at the back. And issuing from a lighted window, echoing on the ghostly wind, is the sound of hundreds of meowing patchwork cats.

Sea of the Patchwork Cats is a sad dreamlike tale set in the quiet ashes of the human race. A must-read for Mellick enthusiasts who also adore The Twilight Zone.