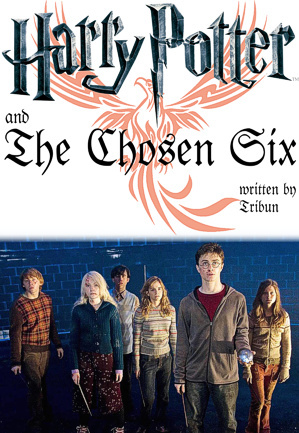 Hagrid: What is this about trusting the wrong man? Thought you're the secret-keeper?
Sirius: Originally, yes. However, I convinced James and Lily that someone totally unexpected would be better. I should have listened to them, but I thought myself so smart. I convinced them to switch the duty to Peter...
Hagrid: You say...?
Sirius: Hagrid, fly towards Hogwarts. I need to meet with Dumbledore as fast as possible. I have to tell him everything... I'll even insist on Aurors und under Veritaserum. No way I want Peter to get away with what he did. I want everyone to know of his crime.
Advertisement:

is a Harry Potter fanfic by Tribun

. It's written in the author's usual style of deconstructing and lampshading plot points of the original, while at the same time creating a believable alternate universe.

The story begins on the night that Harry's parents are killed. Sirius Black realizes that he has a responsibility towards Harry as Harry's godfather, and thus does not go after Peter Pettigrew. Besides the domino-effect of changes this causes, Pettigrew himself never becomes a rat living with the Weasleys, and instead knows he has to atone to Voldemort, or feel his wrath, thus setting out to find him. While these two events sound simple, they have far-reaching consequences, not even counting that something had to have changed many years earlier, considering, the non-magical government of the United Kingdom seems to be planning something.

Harry over the following years grows up in a relatively normal childhood in a suburb of London, in the care of a couple that are an offshoot of the Evans family and with Sirius and Remus close by. However, in the middle of the ever-growing changes that happen in this universe compared to the one we know, a prophecy is made. The "Chosen Six" will rise one day, and take up the battle against Voldemort and defeat him once and for all.

The author has also written Going Another Way and No Chance for Fate.