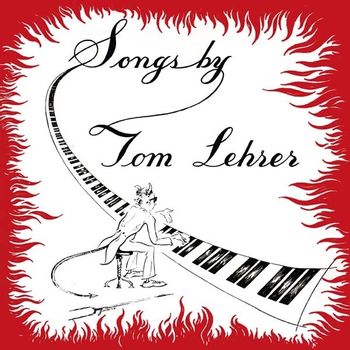 Click to see the cover for the 1958 British release 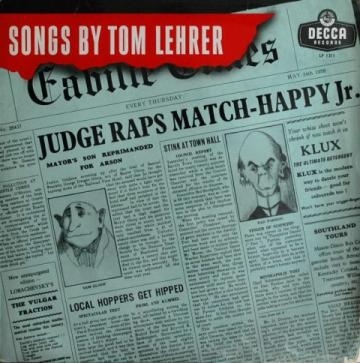 Click to see the cover for the "Newly Recorded" 1966 version 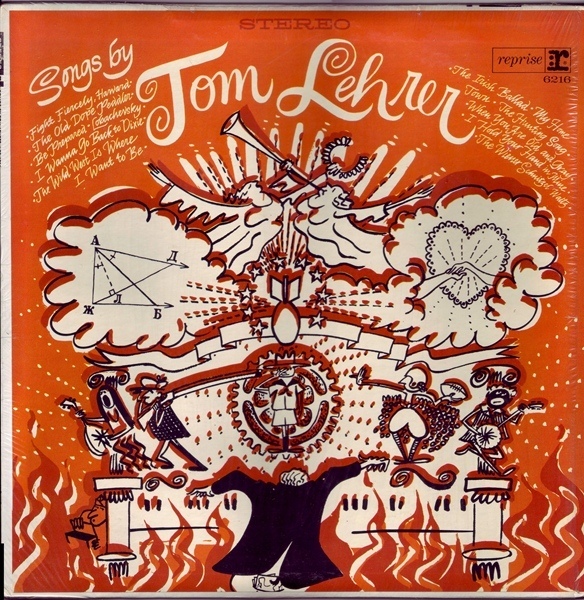 Songs by Tom Lehrer is the first album of songs by humorous songwriter Tom Lehrer, released in 1953. Lehrer wrote these songs when he was a doctoral candidate in mathematics at Harvard and recorded them in a one-hour session at a studio for rent in Boston. Since Lehrer, paying for the release out of pocket, only put out 400 copies, the original album was extremely rare for years, although it got a British release on Decca Records in 1958 and Lehrer recorded a new version of the album for his then-current label, Reprise Records, in 1966. Since then it's been reissued several times, allowing many more to experience the Joy of Tom.
Advertisement:

In 1960, a Live Album featuring the same songs with additional banter between them was issued in the U.S., the U.K., and Australia. The U.K. version was titled Tom Lehrer Revisited and was assembled from performances recorded November 23 and 24, 1959 at the Kresge Auditorium of MIT in Cambridge, MA; this version was the only one to be released on CD. The Australian version was titled Tom Lehrer Discovers Australia (and Vice-Versa) and used performances recorded March 21, 1960, in Melbourne and May 4, 1960, in Sydney. The U.S. version used the same title and almost the same cover as the U.K. version, but used the MIT performances on side 1 and the Australian performances on side 2. All three versions had different track sequences.

In 2004 the album was inducted into the National Recording Registry for being "culturally, historically and aesthetically important."

Tracklist note This is the running order of the original 1953 release. The 1958 British release, the various live albums, and the 1966 re-recording had all the same songs but sequenced them differently.

I trope your hand in mine, dear: