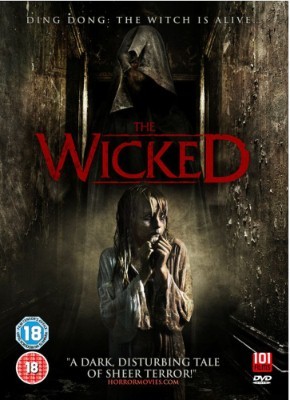 The Wicked is a 2013 American horror film directed by Peter Winther.

A quartet of teenagers decide to investigate a house called Open Hearth that, according to legend, houses a child-eating witch. They throw rocks at the house, and later on that night the witch begins to hunt them.