Film / Why Don't You Play in Hell? 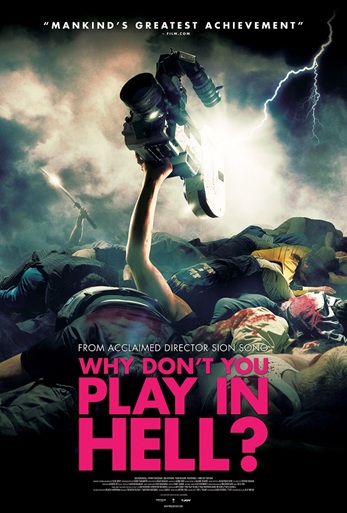 Why Don't You Play in Hell? is a 2013 Japanese dark comedy written and directed by Sion Sono. It's about the intersection of a yakuza war, an ambitious Mafia Princess, and a ludicrously motivated amateur film crew.

This film features the following tropes