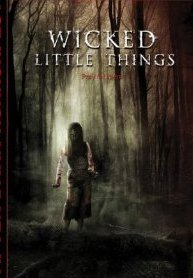 "Prey for them."
Advertisement:

The Tunney family move to the town of Addytown, Pennsylvania, after Mr. Tunney dies. Near their house is an Abandoned Mine that hasn't been used since 1913, when its owner let a group of children be buried alive in a cave-in. Naturally, the children are now zombies.