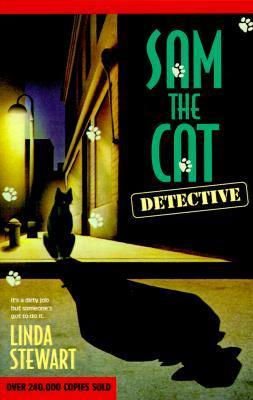 Sam the Cat: Detective is a 1996 mystery novel by Linda Stewart for both adults and children. An Affectionate Parody to the Hard Boiled Detective genre, the story follows Sam, a cat who lives above a mystery bookstore and works as a private eye in exchange for tuna (and for big cases salmon) and finds himself hired to catch a (human) cat burglar and retrieve several valuables.The book has three sequels, The Big Catnap, The Maltese Kitten, and The Great Catsby.