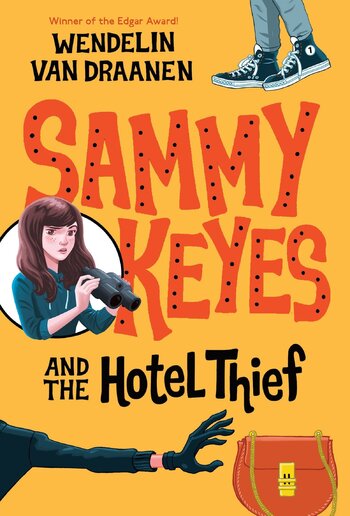 Sammy Keyes is a series of mystery novels aimed at children and teenagers that, of course, follows the adventures of the titular protagonist. In most of the books, she deals with everyday junior high school life, solves mysteries, and contends with her arch-nemesis Heather Acosta, though there have been a couple of exceptions to the formula.

These works contain examples of the following tropes: