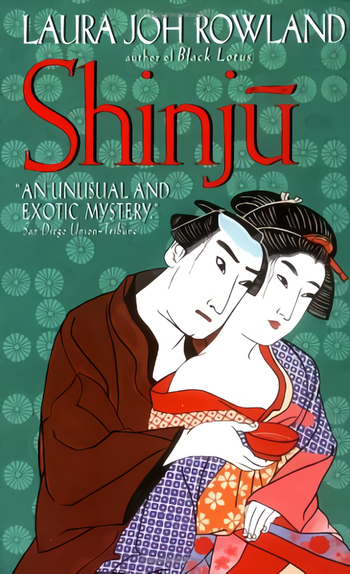 Sano Ichirō is a dedicated and honorable Samurai from humble origins who has risen to become the Shogun's Most Honorable Investigator of Events, Situations, and People. Throughout his time in the Shogun's court, he has to solve various mysteries and navigate the tricky intricacies of the government that he's now part of. Both issues are compounded by the weak-willed Shogun Tokugawa Tsunayoshi and his manipulative Chamberlain, Yanagisawa Yoshiyasu, the latter of whom views Sano as a threat to his own considerable power. Because of his status, each of the mysteries Sano has to solve link to some type of court intrigue, usually high-ranking members or relatives of the shogun, and Sano often finds his reputation- if not his life- on the line if he fails in solving them.

Sano has allies of his own, however. Most notable are his wife Reiko, a keen Amateur Sleuth and martial artist who uses her high status to find clues within the social circles of women and other places Sano cannot go without attracting notice; Hirata, Sano's loyal retainer who has developed special martial arts techniques to help him in his work, and Dr. Ito, a doctor "exiled" to Edo Jail with an interest in forbidden western medicine.

Sano Ichirō is a series of mystery novels by Laura Joh Rowland set in 17th century Japan. While Sano and his family and friends are fictional, many of the characters, particularly the Shogun and members of his court, are based on real people, though Rowland does deviate from historical fact later in the series in the interest of plot. Some of the cases deal with supernatural or legendary elements as well, including ghosts and mystical powers. Court debauchery abounds as well, with courtesans and fetishes playing a large role in many mysteries.

The series includes the following titles:

As this is a mystery series, solutions to the mysteries themselves will be hidden, but as much of the plot revolves around the politics of the court itself, those points will not. So, fair warning, major spoilers below.