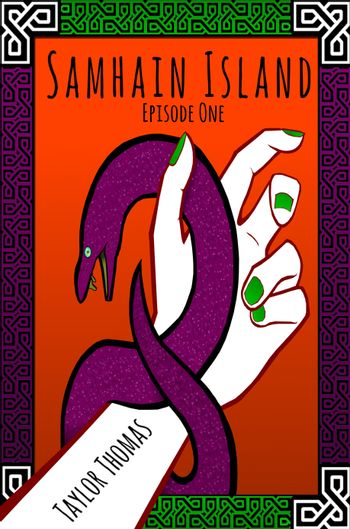 The cover of the first installment.
Advertisement:

Samhain Island, a series of short young adult novels by Taylor Thomas. The series revolves around the titular town, Samhain Island, Maryland, which hangs off the coast of the Delmarva. The area is known for its urban legends and monster sightings. The main character, Tremaine Boppel, has moved to Samhain Island with her family and soon notices something amiss in the apartment next to her.