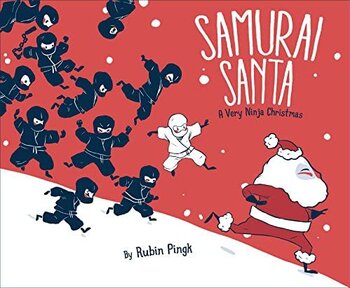 Samurai Santa is a Children's Book by Rubin Pingk.

Christmas is in the air, and the land has been bathed in a lair of white snow. For Yukio, that can only mean one thing...

Problem, though, is that the other kids aren't really up for that. They don't want to end up on Santa's naughty list. This leaves Yukio feeling pretty upset, so he decides the most logical thing to do is chase Santa out of town.