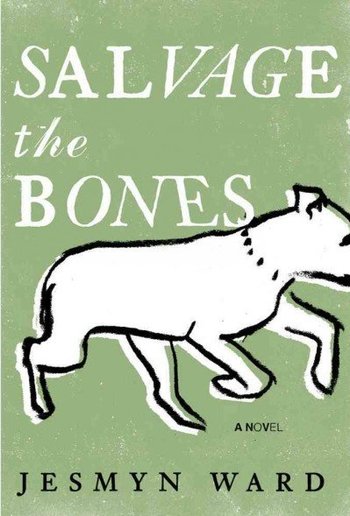 Salvage the Bones is a 2011 novel by Jesmyn Ward. Its story follows teenager Esch Batiste in the fictional Mississippian town of Bois Sauvage as she and her family prepare for Hurricane Katrina as it grows in the Gulf of Mexico. Esch's mother died giving birth to her youngest brother, leaving Esch as the only woman in her family. Esch's father is a hard drinker, largely absent, and he doesn't show concern for much else. Esch and her brothers—Skeetah, Randall, and Junior—are left to take care of the home themselves. While they prepare supplies and fortify their home, Esch deals with her pregnancy by Randall's friend Manny.

Salvage the Bones provides examples of: