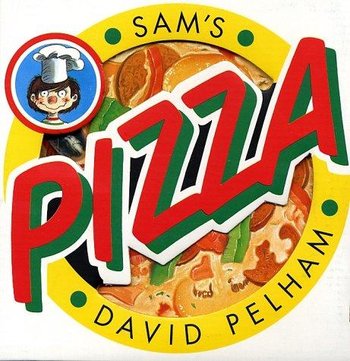 Revenge may be sweet... but it can be saucy, too!
Advertisement:

Sam's Pizza is a pop-up Picture Book by David Pelham and is part of the Sam & Samantha Book Series. In it Sam tries to make a very special pizza for his sister Samantha. It was published in 1996.