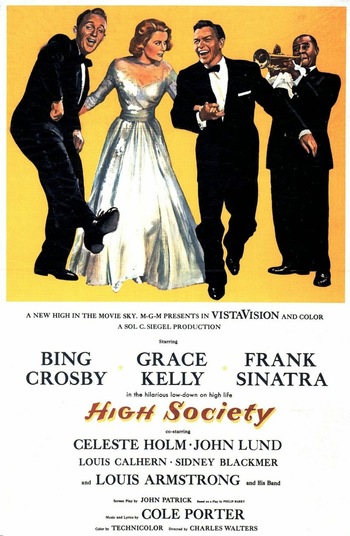 Upper class Tracy Lord (Kelly) is getting married to George, an independently wealthy man, but her ex-husband Dexter (Crosby) is still in love with her and tries to win her back. Simultaneously, Tracy's family is blackmailed into allowing a reporter and photographer for Spy magazine cover her wedding as an exclusive. Love Triangle confusion ensues among the cast.