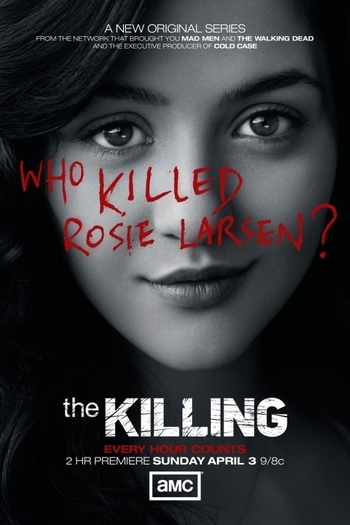 No, not, "What's this third pedal do?" or "Who Is Driving?", a Driving Question is when a core element of the plot is a mystery. The most common variation would be a detective murder mystery (where the question is most often "Whodunnit?"), but also very popular in Noughties Drama Series, Jigsaw Puzzle Plots and Survival Horror. In many cases the question is equivalent to, "What the hell is going on and why?" which taken far enough makes for an Ontological Mystery.

See The Unreveal and The Reveal. Fan-Disliked Explanation is what happens when the answers aren't all they are cracked up to be. Failure Is the Only Option to answering the question in a TV series where the question is central to the show. Too many can lead to a Kudzu Plot. The Chris Carter Effect is what happens when fans give up on the writers' ability to answer these questions.

Compare What If? for another kind of driving questions.