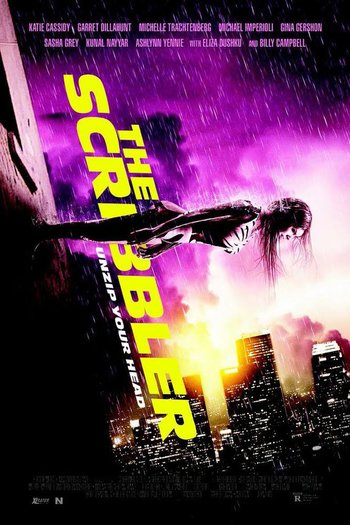 Gimme gimme shock treatment.
Suki: The elevator hates me. There's a lunatic loose on the stairs. I'm never gonna make it out of this building alive, am I?
Hogan: Probably not.
Suki: Fantastic.
Advertisement:

Suki (Cassidy) has suffered for years with multiple-personality disorder, one of which (the titular "Scribbler") compulsively writes in backward-text. She comes under the care of Dr. Sinclair (Campbell), whose radical "Siamese Burn" electroshock therapy systematically removes the excess personalities. But when Suki is transferred to a dilapidated apartment complex-turned-halfway house, a series of patient suicides begin. Is Suki (or one of her personalities) the murderer?