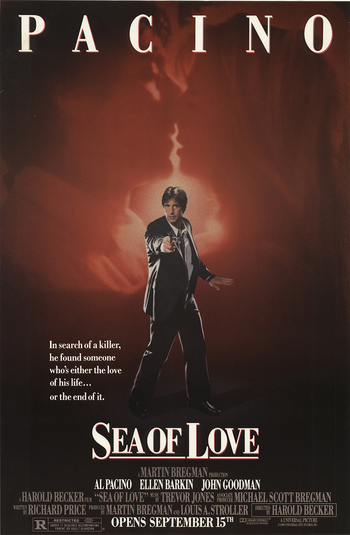 The film follows unhappily-divorced NYPD Detective Frank Keller (Pacino), who finds himself investigating the death of a man who'd placed a rhyming poem personal ad in a lonely hearts column. When more victims turn up under the same circumstances, Frank and Detective Sherman Touhey (Goodman) end up investigating the case, coming to suspect a woman who'd answered the ad, based on a lipstick-smeared cigarette. They place an advertisement of their own (using a rhyming poem that Frank's mother wrote for his father), with Frank meeting the women for the dates, and Sherman collecting their fingerprints from wine glasses while disguised as a waiter. One woman, Helen Cruger (Barkin), ends the date early without leaving fingerprints. As Frank attempts to follow her for a second date, he finds himself in danger of falling in love, even as he wonders if she may be the killer.

The movie's title comes from the main song in its soundtrack.