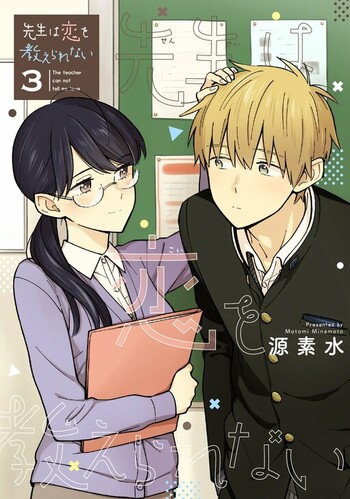 Sensei wa Koi o Oshierarenai (or The Teacher Can Not Tell Me Love in English) is a Romantic Comedy by Motomi Minamoto that debuted in Monthly Shōnen Sunday in 2018.

Lazy high school student Ryo Arase struggles making ends meet while living on his own and balancing school and his part-time job, resulting in a combative relationship with his teachers, particularly the strict no-nonsense, Rinko Yoshitaka. But unknown to everyone, Arase and Rinko are actually in a committed relationship, something they struggle to keep secret while Rinko tries to prevent things from getting too physical until Arase graduates.