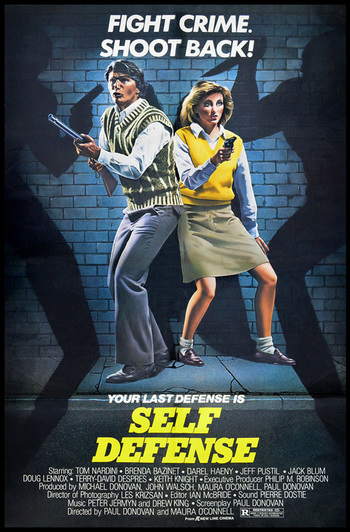 The plot is as follows - a neo-fascist group calling themselves the "New Order" (no relation to the band) want to set some "new rules" in town while the police in Halifax, Nova Scotia are on strike. They try to scare all of the patrons in a gay bar, the owner of the establishment is accidentally killed, and the leader of the bullies then decides to execute all witnesses. However, one of the patrons, Daniel (played by Terry-David Després), escapes and takes refuge in an isolated block of flats. The young tenants in the house, Horatio and Barbara (Nardini and Bazinet) and their roommates Chester, Patrick, and Steven, refuse to hand over Daniel, and the bullies then decide to get rid of all the residents in the house. This turns out to be not so easy when the young people in the house barricade their apartments and set up traps and arm themselves in order to fight back.

Think of it as being a bit like a Canadian version of Assault on Precinct 13.