Titled After the Song 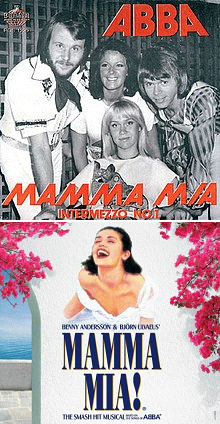 "Here we go again! My, my, how can we resist this title?"
A work (music videos don't count because of course they're titled after their music) titled after a pre-existing song, i.e. not something written in conjunction with the show/movie. If it's not the song's real title, it's something one could Refrain from Assuming it was.
Advertisement:

Closely related to Literary Allusion Title. The Film of the Song is a form of this. Idiosyncratic Episode Naming can sometimes employ this as well. A Sister Trope to Musical Theme Naming, where characters may be named after songs. Hence, if the work is named after a character therein, and the character is named after a song, you get both tropes. Sometimes a lyric comes full circle, and becomes A Good Name for a Rock Band.

For music albums titled after songs on them, see Title Track.

Using the song (not necessarily as a Theme Tune):

Song titles used without the song: