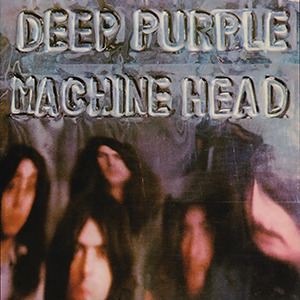 Nobody gonna take my car
I'm gonna race it to the ground
Advertisement:

Machine Head is the sixth studio album by Deep Purple, released in 1972. It was an enormous best seller, thanks to their Signature Song "Smoke on the Water" and other hits such as "Highway Star" and "Space Truckin'".

An episode about the creative process behind the recording of the album was featured in the documentary series Classic Albums.

For the band with the same name (and who named themselves after this album), see Machine Head.

Tropes on the Water: