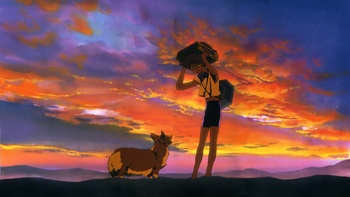 Faye continues to look over the home movie in the hopes something will jog her memory. Ed claims to know a familiar location and the two redirect the Bebop toward Earth where Faye hopes to find answers. A brief stop in at a orphanage where Ed was raised also makes Ed question where she belongs.
Advertisement: