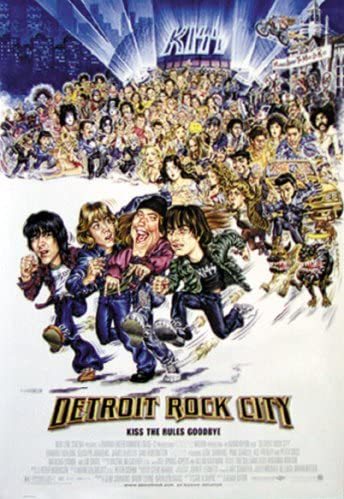 Detroit Rock City is a 1999 teen comedy film staring Edward Furlong, Guiseppe Andrews, James De Bello, and Sam Huntington. Set in January of 1978, the film follows the journey of four high school students who are trying to gain entry to a sold-out KISS concert after their tickets are destroyed by an over-zealous parent. The film was a box office flop and was met with mixed reviews from critics, but among KISS fans (as well as among people who dislike KISS/rock music in general, surprisingly) it has become a Cult Classic.